Expressway's Guide To The Cassette Underground 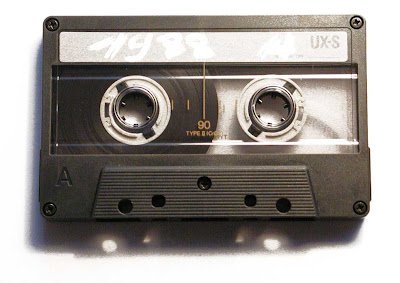 After dropping the last few Monthly Cassette Reviews I've had some inquiries as to how to keep up with the many releases in the cassette underground. This is not exactly an easy task, as labels seem to start up every month and older ones die out with no warning. There are a few key websites and distros that update new releases quite often, though descriptions can be short or vague and leave the reader/inquiring mind a little lost as to what to pick up on. In that case, there are always trusty reviewers out there who try to seperate the duds from the rest of the pack.

First off, I highly recommend that you add Animal Psi to your daily-read bookmark list. The site updates at least once a day with the newest releases from dozens and dozens of underground labels, many of them are cassette labels, though they do reserve room for vinyl and CD.

Second, make sure you check in regularly with the distro over at the DNT label, as the man has one of the better underground distros running right now. He seems to add several titles almost everyday and there are no signs of slowing.

Also, make sure you subscribe to the fusetron update list, which is on the title page of the website. Fusetron send out new release lists at least every two weeks, and they consistently carry labels that no one else does. The site can be awkward to navigate, and the lack of pics of album covers is a little lame, but they have a deep catalog and are more interested in stocking whatever they can without having to worry about constantly updating the new photos of incoming stock. They do carry more than cassettes, but they do have one of the widest selection of that format.

There are a few decent cassette reviewers online, but the king of them all is the Cassette Gods site. There appears to be several reviewers on the site, which makes for constant reviews. Plus, as of recently, they've added photos of the releases.

There is also a great cassette-only radio show that's based out of Austin, Texas that uploads their weekly radio-shows. Perfect for those who need to hear a bit of a cassette before buying something that's reviewed with only a few key-words to go on. Check out C60 Radio today. Keep it coming, Brad!

Also make sure you check out the blog run by the cats over at Digitalis, which is one of the better labels issuing cassettes on a regular basis. The blog does a pretty decent job at reviewing new cassettes that are actually still attainable. They also review plenty of other DIY and underground objects, most of which are worth paying attention to.

Every other Saturday morning (or late, late Friday night) make sure you check out Aquarius Records new release list. They don't always have a ton of cassettes listed, but what they do stock is almost always worth scooping. This may be the best record store on the planet.

And, finally, there is the always trustworthy Bull Tongue, which many of us diggers would be pretty lost without. For several years, Thurston Moore and Byron Coley have been combing the underground on a relentless search for the unsung heroes of the unheard. Unfortunately Arthur Magazine, which gave birth to Bull Tongue, is no longer being printed, though it will remain online. Not sure how often a new Bull Tongue will drop but here's hoping it's more often now that the sucker is online.

Now here's a few (mostly) cassette labels to keep an eye on.

Young Tapes. Run by the former head of JK Tapes, PF appears to do all the mystical space artwork for the label and also keeps the space aesthetic strong by releasing only darkly new-age-ish vibes.
Housecraft Recordings. Not sure who runs this little label, but they've been quietly releasing some seriously unclassifiable sonic goop over the last two years. Some of the better packaging in the cassette underground as well.

Really Coastal. Very new cassette label outta LA, featuring some up-and-comers like the Antique Brothers, who have a forthcoming LP release on Not Not Fun. One of the members also has been recently added on as a drummer in Pocahaunted.

Peasant Magik. For close to two years Philadelphia's Peasant Magik has been scraping the underground in search of the next aural trick or treat, usually coming up aces, too.

Plustapes. This label has been on a bit of a roll as of late, having released some obscure world garage cassettes. They've also been dishing out some Chicago underground rock releases as well, most of which have sold-out within days. Big things coming in '09 from Plustapes. Keep an eye out.

Digitalis. Not primarily a cassette-only label, they do, however, release some of the best cassette packages in their Digitalis Limited Series, which tend to sell out within the first week or so. Keep the other eye out.

Sloow. Probably the best cassette-only label running right now. Dreamy "earth-psych" from across the globe gets the royal treatment on this Belgian label.

monorail trespassing. After a short period of stagnation, Emaciator appears to be back in action and headed towards sonic bliss with new releases by Treetops, Marble Sky and Lithium Dreams. Very exciting stuff indeed.

EXBX Tapes. Fairly new cassette label run out of some kids bedroom, somewhere in California I think (**correction** EXBX is based out of Ferndale, Michigan). Amazing collages (best spraypainted collages this side of American Tapes) accompany a continuous onslaught of releases by groups like Mossy Throats, North Sea and Sky Limousine. Recent sold-out release by Pocahaunted garnered this label some serious attention. Upcoming LP release by Tyvek should push these kiddies to the top of the spoiled cream.

Goaty. First release by this upstart cassette-only label was by the uber-collectable Robedoor, making this label quite the commodity. Plenty of radness has dropped recently, including a very recent split with Thurston Moore and Kommissar Hjuler. Every release is packed with little hand cut inserts, giving the label a very handmade feel. Get into it.

There are, of course, many other labels worth keeping at (NNF, Arbor, DNT), the above-mentioned just need a little more love.

Anyone with any other suggestions on how to keep an eye on the cassette underground is encouraged to drop a comment below. Happy hunting.
Posted by Mark E. Rich at 2:21 PM

Hey, thanks so much for doing this. It's a really wonderful resource.

And thanks for the shout out, too!

thanks, guys. glad this post has had some effect, despite it's hastily written text.

and dont forget the amazing:
http://www.sanitymuffin.blogspot.com

keep it all up and thanks so much!