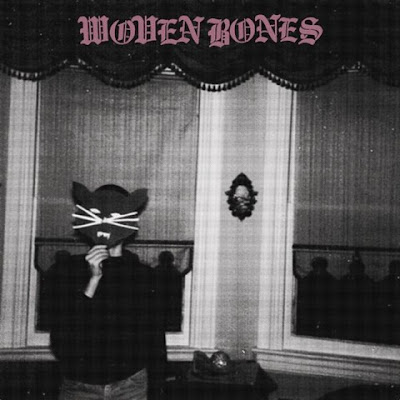 Still playing catch up this week, so we're gonna have to do a quicker than usual run through the highlights of Episode 24.

Woven Bones continues his singles onslaught of 2009 and the up and coming Zoo Music gives him the larger 12" format to play with. 4 tracks of JAMC-style fuzz rock in a pressing of 500 that sold out in days. Looks like there may be a repress of this one coming soon, so keep an eye on that Zoo Music page. I have to say that, though this 12" isn't quite as strong as his 7"s on Hozac and Sweet Rot, it is nice to see him switch up the vibe a bit. Definite odes to the Cramps and Jesus and Mary Chain, but with their own snotty touch, of course. Keep an eye on Hozac for the debut full length LP.

Check the video below to see the Austin 3-piece in action. After some general ignorance on my part, I finally got around to snatching up a copy of the new El Jesus De Magico LP on Columbus Discount. A bit of left hook for those that have been following the group's meager amount of releases from the last few years. Rather than a refined batch of their lo-fi psych-punk, we get two hot sides of stormy kraut-rock dirges. Seriously so damn good. First press of 300 is done but there is, of course, a second pressing out there. In the meantime, nab all of their OOP previous singles free, courtesy of the WFMU Free Music Archive. 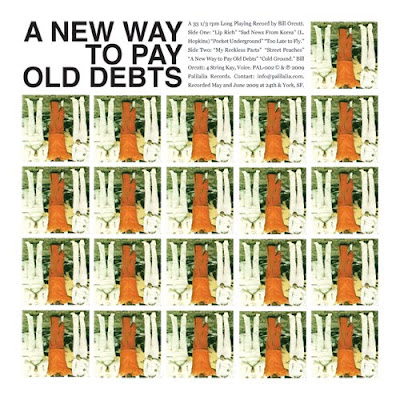 Most members of Harry Pussy of been pretty quiet since their 1997 demise. Finally, Bill Orcutt, lead axe-grinder, comes forth with a new solo record. Those expecting free form rock deconstruction may be a little disappointed when they find him destroying what kind of sounds like the blues. The always on point Mapsadaisical reviews it far better than I ever could. Highly addictive. Check the link here for some footage of Orcutt playing a beat up guitar with missing strings. Bonus: Classic interview of Harry Pussy interviewing themselves. 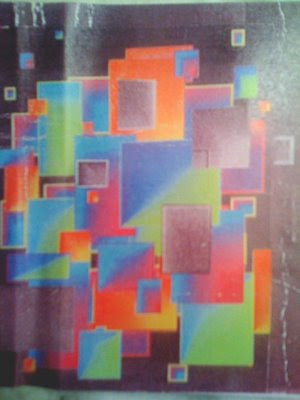 Despite being a relatively new term, Hypnagogic Pop has recently been praised in the Wire for it's reappropration of 80s cheese and slammed by critics for, well, the exact same thing. This new term, which suits groups like Skaters (and it's many offshoots) to a tee, is also being applied to lo-fi acts like Gary War or vintage synth maestros like Oneohtrix Point Never, which I think is stretching it a bit. In this week's podcast, I stuck with acts that define the genre for myself. Skaters related (Spencer Clark's Black Joker) and mysterious member of the Outer Limits Recordings known as Matrix Metals (aka Yoga, aka Explorers and who knows how many more?) are the highlights in the recent onslaught of music from mostly these mostly mysterious performers. Their music creeps around the edge of sleep and flits effortlessly from one eerie soundscape to the next. Matrix Metal's "Flamingo Breeze" is easily the most captivating and endlessly entertaining Hypnagogic Pop release I've heard this year. It's long out of print, but you can snatch it free here. (via Id Reverbations).

Also, check Hong Kong In The 60s for another great article and some samples of Hypnagogic Pop.

Download Episode 24 here. (right click, then Save As)
Posted by Mark E. Rich at 4:39 PM No comments:

Ohhhhh, so sorry friends. Thee Expressway has been all kinds of busy these days and the blog has taken a real nosedive in updates. I'm here this week to help remedy that, so why don't we start off with a real quick rundown of Episode 23. The podcast can no longer be uploaded, so you'll just have to click them links to get a taste of what could've been.
Mentioned it here before but I just can't pry the newest tapes from Justin Wright's (aka Expo 70) new Sonic Meditations label from the decks. Umberto is a nice Goblin-style synth guru who would've fit in real nice alongside thee most infamous of Italian horror film shredders. Perfect soundtrack fer scarin' up the kiddies this Hallow's Eve.
Sounding The Deep have also been scooped up by Mr. Wright for the label and do they ever sit well with thee sonic rumblings of Expo 70. Anyone out there who likes their drone-doom in the slow, cinematic and glacial pace oughta be prickin' their ears up fer these fellers. Beautiful submersion.
Iowa City's Night People label show no signs of slowing down. Those gorgeous handmade LPs are coming out a little faster these days, but the cassettes are proving tough to keep up with. New one by Hochman & Hopkins (featuring Matthew Hopkins from Naked on the Vague) is an excursion into a brown rainbow of synth belches and farts. Took a few listens to really wrap my skull around, but it's proven to be a winner.
Okay, wrappin' er this week with the new one by D.A.(pictured at the top), an LA-via-Texas synth duo who, apparently, were totally unaware of the current vintage synth revival found in groups like Emeralds, Oneohtrix Point Never, Infinity Window, or Caboladies. Not that it's hard to miss these contemporaries, but the two kids musta had their heads down like Schroeder when they were conjurin' up the ghosts of Cluster, Eno and Tangerine Dream. We come out the winners in their ignorance, because this LP is rankin' well alongside all those new LPs by the above mentioned without soundin' like their rippin' 'em off wholesale.
Okay, Episode 24 comin' tomorrow, and then Episode 25 airs this Wednesday.
Umberto "Running Blade" From The Grave... CS (Sonic Meditations) 2009
Sounding The Deep "Cosmic Shore" Glacier CS (Sonic Meditations) 2009
Hochman & Hopkins "Peace Sausage" Live NYE CS (Night People) 2009
Weirding Module "Untitled Side A Excerpt" Timew33d CS (Night People) 2009
D.A. "The Owl" Odeon LP (Olde English Spelling Bee) 2009
Robedoor "Magic Tar Pit Ride" Exorcist Blues CS (Monorail Tresspassing) 2009
Infinite Body "And Will It Matter" split w/Emaciator LP (Monorail Trespassing) 2009
Spencer Davis "Side A excerpt" It Is Here CS (self released) 2009
ELEH "Homage To The Sine Wave" Side B LP (Taiga) 2009
Posted by Mark E. Rich at 3:01 PM 1 comment: 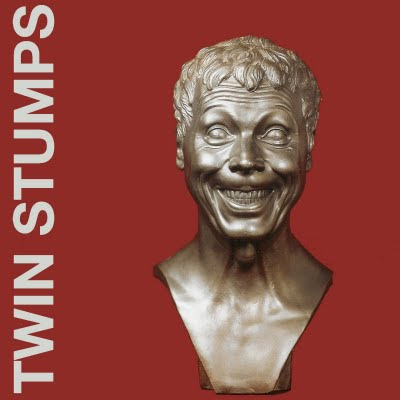 Coupla' new Vancouver releases in various analog formats worth funnelin' into yr ear holes, and first up is the outta-nowhere-real-fast LP by Mode Moderne. Sang their praises once or twice in this here radio show, so 'magine my surprise when some copies of the LP were hand delivered by a coupla' members to the warm and cozy record shop I call home. First off, bang up of an album jacket featurin' some kinda fool wrapped in a sheet thinkin' he were a ghost or some such thing. The music inside is definitely reminiscent of some icy goth type stuff that'll get an obvious comparison to the forefathers of said movement. Well you can ferget that and just get to listenin' with yr own two ears, as their are plenty of ghoulishly good songs to be had. No one's askin' anyone to reinvent any such wheel, but what we do appreciate 'round here is some toe tappin' music with a bit a the ol' flesh and blood heart in it. These here fellas got it in spades.

Also hot on the Vancouver tip is a new cassette by our favorite local songstress. You can keep yr coffee shop diva (dime a frickin' dozen in this here town) and I'll take Nikki Never any ol' day. Outside of that 7" released a wee bit back, this is the first we've heard from Nikki and the gang in some time. That's okay because she makes up for it with a dozen tracks of glammed up and frosty cool synth gloomers. Hell, we even get a straight up cover of Bronski Beat's 'Small Town Boy' and a pretty rendition of Jesus and Mary Chain's 'Nine Million Rainy Days'.

Looks like Sex Church, 'nother local fave, is getting a bit of love for their top notch 7". That cranky ol' bastard, Doug Mosurock, even dropped a heap o' praise fer the boys and our little city. 'Cept he does site a few of their influences but he didn't detect that big pulsin' one at the lead of this multi-headed demon--Cheater frickin' Slicks.

Speakin' of the Slicks, looks like they got themselves a brand spanking new one, and it is rankin' pretty high up on the '09 must have list. Four scaldin' tracks of dark, dark psychedelic garage blues, done only as these ol' fuckers know. Missed out on that 300 run of signed 'n silkscreened LPs but managed to grip the second batch of 500. And if you know what's good fer ya, you'll be heading to the local grocer asap to get yr own damn copy. They even tossed in a CDR of the only live recording of this behemoth. I'll let you know when I get there.

Things got a little ugly mid-way through this week's show, and I ain't talkin' 'bout no train wrecks. Twin Stumps LPs finally made it through the pipeline (get in line for a copy in the comments...they're going fast) and it's proven to be worth the hype after that great WFMU live set. The New York foursome are clawing their way down the same path that's been forged by groups like Lamps and, hell, Brainbombs fer that matter. Swirls of feedback and jack hammering guitars and drums with a burly lumbering bass towing the line. Love it or be afraid of it. Ugly. Noise. Rock. Very recommended.

Speaking of the hairy and ugly, after hearing plenty 'bout these two fellers from Yellow Tears, I finally managed to track down a copy of their full length LP on RRR. Vicious and macho (they play shirtless!) power electronics from kids probably raised on the stuff. Not quite the next Whitehouse but, then again, who could be?

Found some time to play the Solars flip of the split with Ahna. Nicely executed guitar droner that works as a fluffy pillow comedown to the meaner, muscle-y Ahna side. I heard some rumors that those Solars cats got some releases in the works, including a new cassette on the local Halved tape label. You'll hear about it here first when that little number is ready to wear.

While we're gettin' on the topic of guitar drone, Expo '70 has had a nice steady year, and the man behind the drones, Justin Wright, has launched his own label, Sonic Meditations. Lotsa' space-y, drone-y cassettes with the utmost respect given to the packaging. Should have some more Sonic Meditations cassettes to play next week, including the daydream drifters Sounding The Deep. Look for Sonic Meditations to do some vinyl releases in the near future!

Ok, that's all I have the time for this week. Get listenin'.