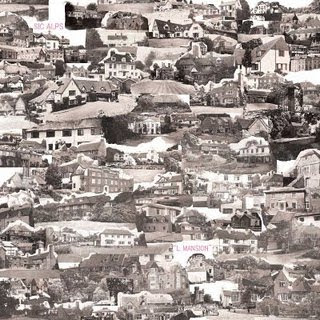 Crystal Stilts "Love Is A Wave" (Slumberland)
The Fresh & Onlys "I Saw You Seeing Me" (Dirty Knobby)
The Mantles "Don't Lie" (Mt. St. Mtn.)
Woods "The Dark" (Captured Tracks)
Real Estate "Suburban Beverage" (Underwater Peoples)
Kurt Vile "Subliminal Message" (Skulltones)
Little Girls "Youth Tunes" (Captured Tracks)
Best Coast "Sun Was High (So Was I)" (Art Fag)
Dum Dum Girls "Longhair" (Hozac)
The Mayfair Set "Already Warm" (Captured Tracks)
Roman Soldiers "Warmer" (Captured Tracks)
Woven Bones "Your Sorcery" (Sweet Rot)
Flight "Flowers" (Sweet Rot)
The Dictaphone "Farfarfarfar" (Sweet Rot)
Sex Church "Dead End" (Sweet Rot)
Mother Of Tears "Little Ratty" (Hozac)
Idle Times "Million Miles Away" (Hozac)
Matt K. Shrugg "We're So SOL" (Plastic Idol)
The UV Race "Malaria" (S-S)
Watery Love "All Night Long" (Richie)
Drunkdriver "Fire Sale" (Fashionable Idiots)
Charles Albright "I Wanna Hold You" (S-S)
Sic Alps "L. Mansion" (Slumberland)
DOWNLOAD Episode 30 here. (right click link, then Save As)
2009 has proven to be a standout year for the 7 inch, well, at least as far as I'm concerned. My collection practically doubled this year, which is mostly due to starting up the radio show and developing an appetite medium. It seemed as if a new band, label and a blog that loves 'em was popping up every damn week. And despite what the local press, who clearly had their collective head up their asses (or at least weren't willing to look beyond their pile of shitty promos), had to say about this year, 2009 was and continues to be phenomenal for music, particularly in the DIY end of the pool.
The year started off great with the announcement of Hozac's first singles club, most of which have been pretty damn good so far (still waiting on the TeePee and Flight 7 inches). Next year they've already lined up the Fresh & Onlys for their singles club, so you can consider me signed up no matter who else they add.

Sweet Rot's another label that I'd probably buy blindly from, and 2009 was the second great year in a row from the local label, which, for the first time, released a local single. The Sex Church 7 inch got damn near universal acclaim (at least when it came to local rags and blogs) and justly so. Their darkly woven blend of Spacemen 3's aeronautical repetition and the Cheater Slicks garage grit, combined with their own ghostly and hollow twin guitar assault, resulted in a stunning live show and the best local 7 inch these ears have graced in some time. A record for Convulsive is rumored for release sometime next year (?!). Confirmation anyone?

Captured Tracks had a busy inaugural year, though there was plenty of filler from the overly-prolific label. The definite stand-outs were the warbled bliss pop of the Mayfair Set (Dum Dum Girls+Blank Dogs), the retro-futuristic post-punk of Roman Soldiers (Gary War+Blank Dogs) and the lo-fi and nasally anthems of Toronto's Little Girls. Looks like Captured Tracks will be focusing on full lengths next year, included a new LP by the Tim Cohen (Fresh and Onlys frontman), the UK's Wetdog and Dignan Porch, and, hey, looky here, a 12 inch and LP from Vancouver's very own Cosmetics. More on them in a later post...

Single of the year (pictured at the top of the post), and quite possibly their best track ever, goes to Sic Alps' L. Mansion off their Slumberland single. Sic Alps tracks have a tendency to get lodged in the skull for a day or two, but L. Mansion hasn't left the building since the day I heard it. A perfect slice of garage-psych-pop-whatever. Let's hope they can knock it out of my brain by playing it next week when they hit the Rickshaw Theatre with Magik Markers. Plenty going on that night, but yr certainly not gonna want to miss this one. The band's should also have their tour-only split 12 inch on Yik-Yak Records for sale.

The rest of these singles speak for themselves, and there's been plenty written about most of 'em. Part II of the 2009's best seven inches airs next week, followed by the best in LPs & 12 inches, then we should have some time for the year in cassettes. Until then, keep diggin'. 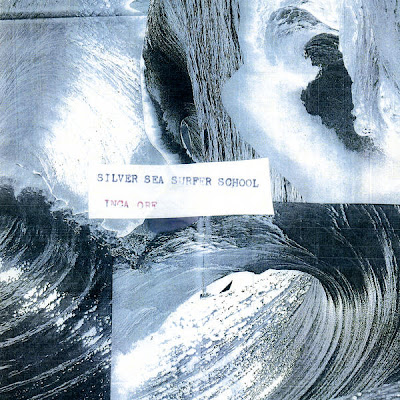 Things are a little more back in order lately--records are unpacked and the internet has been hooked back up. Not having moved in over three years, while collecting more voraciously than ever, made this recent move the most strenuous I've ever had to deal with. A good purging is long overdue. Anyways, the show is back to normal, and the next few will be dedicated to my favorite releases of 2009. Might even try and squeeze in a best of the decade for those out there interested in such lists. And don't get me started on how this isn't actually the end of the decade. Naysayers, listen up--2000-2009 is a decade. A decade is ten fucking years. 2010 is not included in '00s. You know why? Because 2010 is part of the '10s. Everyone out there who's saying otherwise can just celebrate/compile lists next year...like a damned fool.
Now that that's off my chest, on with this week's episode. 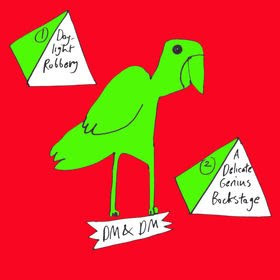 Regular readers/listeners will probably have guessed that the Fresh & Onlys will probably take the top spot as my favorite band of '09. Despite that In The Red LP being delayed until next year, the band still had two killer LPs, a couple cassettes, and an endless onslaught of solid seven inches (not to mention that Tim Cohen solo LP) all of which have cemented them as the most consistent, hard working and exciting new band of 2009. The new split seven incher with the mighty Dan Melchior just added another notch. Two songs crammed on to one side, though one is a demo of Black Coffin from 'Grey Eyed Girls', of lower fidelity than normal, and they still come off better than half their contemporaries. Are you still sleeping on this band? 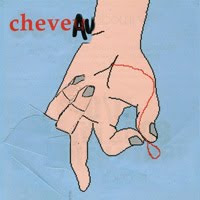 Permanent Records has been a monster this year, with full length releases by Anals, Mako Sica, a Drunks With Guns cassette re-issue (!), Purling Hiss LP, now they've dropped a new-ish Cheveau long player, which is comprised of discarded tracks from their recording sessions over the last few years. Damn glad these didn't end up in a dumpster behind their recording studio. Those who have been paying attention to these fellers can expect the same skittery drum machines, sharp bass stabs, and those possessed vocals. Limited press on this one, so you'd be wise to hit up the Permanent shop soon (they do mailorder now!). 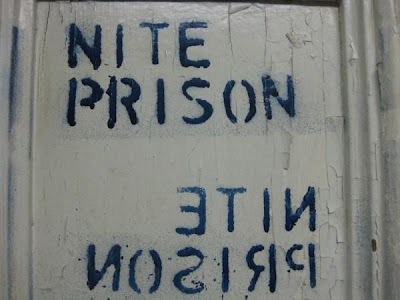 The vinyl releases from our own fair city keep rolling in, making 2009 one of the most vinyl-friendly years in recent memory for Vancouver. Three LPs released this week on the newly launched Nite Prison label by N. 213 & Reflektionss, Modern Creatures/Twin Crystals and a Pompoir one-sided LP should help break the bank of the local DIY faithfuls. I know there isn't anything I'd rather spend my money on. You can grip all three of them at the release party at Honey Lounge December 3rd.
The N. 213 (Nic Hughes of Shearing Pinx/Pompoir)/Reflektionss (Jesse Taylor of Twin Crystals) split takes off where their INW cassette from last year left off. Nic spends his side bouncing around his bedroom with a drum machine and a microphone, while Jesse gets dark and broody with a Moog. The two sides compliment each other well.
The Pompoir one-sider is a nice reflection of the band's stop/start live set. Fans of Shearing Pinx, particularly the more Sonic Youth side of the band, should ease into this one nicely. There's also an undeniable L7 and Huggy Bear vibe. I dunno about you but I'm excited to hear the early '90s finally seep into contemporary music.
Not Not Fun has also had another banner year with full length LPs by Little Claw, Wet Hair (2 of them!), Ducktails, and Sun Araw, and not to mention several amazing cassettes. The end of '09 has been especially busy with new releases by Inca Ore, Eternal Tapestry, Robedoor, Topaz Rags, and Sex Worker, making this label difficult to keep up with, though its been more than worth shelling out for. 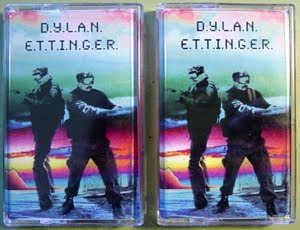 While NNF has been busy with LPs, they managed to release a seven inch and cassingle by Bloomington, Indiana's Dylan Ettinger, who also runs the quality mid-west cassette label El Tule (played some back here). Dylan fits in nicely with all those hypnagogic synth wonders that have been making quite the buzz recently. Playful synth squiggles and squirms wriggle across an imaginary neon-lit skyway.
The Sex Worker LP is a tick-tocking dreamscape, with the flip side sounding like a dulled and flattened (in the best way, natch) of this classic Aphex Twin track from 'Selected Ambient Works Vol. 2'
The best of the new bunch is perhaps the newest full length from Inca Ore (pictured at the very top of this post), which is her second for NNF this year (she teamed up with Heavy Winged earlier this year) and her third release with them in total. I wasn't the biggest fan of her last full length, 'Birthday Of Bless You', but this newest LP is a major leap. Fans of the more submerged end of Grouper's more recent work should get a hold of this one asap. A delicate patchwork of across-the-void vocals, stark piano wrapped in static, all tie up together to form an intense, yet warm and very personal record. Absolute highest recommendation. 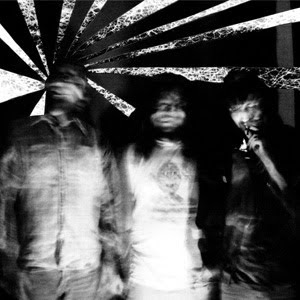 Last but not least in the NNF run down is the newest dark jammer by Robedoor, who had remained relatively quiet over the last year after releasing at least a dozen things each year since their inception in 2005. The group is back and have added a third member, fleshing out the doom-drone vibe with a drummer. Their seven inch on Ketchup Cavern from a few months back was indeed an indication of the groups new path and, after over 50 releases of stormy drone, is a welcome change. The storm is still brewing, but with shredded vocals, caustic guitar stranglings and reverbed drums, this new storm sweeps in quickly, annihilating everything in its path. New cassette due soon on Belgian label Pluim.
That's it for new music this week, folks. Next week we'll start counting down our favorite releases of the year. Until then...
Download Episode 29 here (right click link, then Save As)
Splinters "Sorry" s/t 7" (Double Negative) 2009
The Fresh & Onlys "A Taste Of Hunger" split w/ Dan Melchior 7" (Volar) 2009
Sharp Ends "Loaded Hearts" s/t 7" (Mammoth Cave) 2009
Cheveau "Pangolin" s/t LP (Permanent) 2009
Wounded Lion "Creatures In The Cave (Ballad)" s/t 7" (Gilgongo) 2009
N. 213 "Ratiociation" split w/ Reflektionss LP (Nite Prison) 2009
Pompoir "Cut Ups" Exploding Time one-sided LP (Nite Prison/Isolated Now Waves) 2009
Reflektionss "Feeling" split w/ N.213 LP (Nite Prison) 2009
Dylan Ettinger "Bringin' The Heat" Bringin' The Heat w/ Cancer CS (Not Not Fun) 2009
Dylan Ettinger "Miami Heat (The Stakeout)" s/t 7" (Not Not Fun) 2009
Emeralds "untitled Side B" Fresh Air 7" (A Soundesign Recordings) 2009
Inca Ore "Adventure Of Light" Silver Sea Surfer School LP (Not Not Fun) 2009
Sex Worker "No More" The Labor Of Love LP (Not Not Fun) 2009
Expensive Shit "Dreamcatcher Culture" Powowow With Chopper CS (Not Not Fun) 2009
Robedoor "Indo Shadow" Raiders LP (Not Not Fun) 2009
Robedoor "Dragon Fang Burnout" Pagan Drugs 7" (Ketchup Cavern) 2009
No Balls "untitled" s/t 7" (Diskad) 2009

Due to many of my records being boxed up in my new apartment, this week's show was strung together with a few records pretty much pulled out at random. Episode 29 update coming very soon. Things should be back in order now that my move is done, fundrive is over and internet access solidified.
Download Episode 28 here.
Posted by Mark E. Rich at 12:58 PM 1 comment: