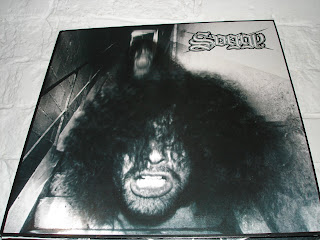 Soggy is a long-lost (now found!) French rock group from the 1980s that is pretty identical to The Stooges, though with a much more metallic edge. The singer even looks like a cross between the shirtless, chest bleeding Iggy and the afro'd singer of MC5, Rob Tyner. And somewhere between these 2 bands you will find the sound of Soggy. Ok, so this isn't the most innovative rock ever pressed to wax, but watching the youtube clip posted below you'll realize that these guys are rockin' too hard to be written off so easily. The debt to Detroit rock is owed and paid back with a direct cover of I Wanna Be Your Dog. In fact, the debt is so obvious that the band has no choice but to cover The Stooges. All comparisons aside, the album is a punched-up hardrocker that should please all fans of classic metal, punk and garage rock. 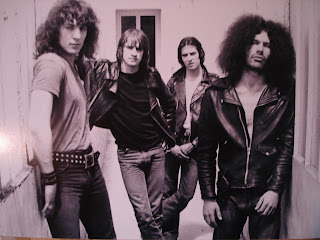 The album is currently enjoying a deluxe vinyl pressing that you can get at Aquarius or from the French label that is re-issuing it, Memoire Neuve. The label did a fantastic job on this re-issue and gave it all the extras that make spending the $30+ worth it. It's a gatefold sleeve with the heavy vinyl in one pocket and a jumbo-size poster in the other. There is also an insert with a history of the band written in French, of course. My French is pretty weak but from what I gather they only released a 45 (this record appears to be a collection of recordings from 1980-82) and were supposed to open for Judas Priest on one of their early tours of France. The band broke up soon thereafter. This is the only current document of the band. 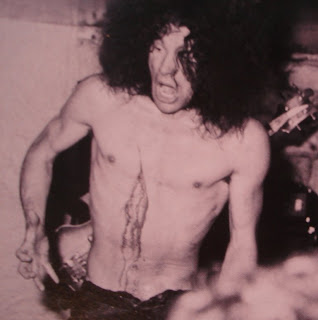 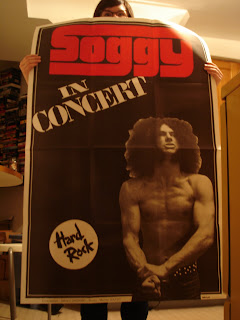 I fuckin' knew you would love this. Unfortunately, the rip that I found of this is 128. I will make sure to rip a HQ version of it when I get me mini-amp for mp3 conversion

Listened to this plenty more. Remains awesome. Has anyone alerted James Butters?

I just stumbled acrossed your blog and I am fucking loving it!!

Thanks for all the great things!

Any chance of a high quality reupload? I am dying for this....Great blog, keep it up!

"Any chance of a high quality reupload?"

" Any chance of a high quality reupload? "